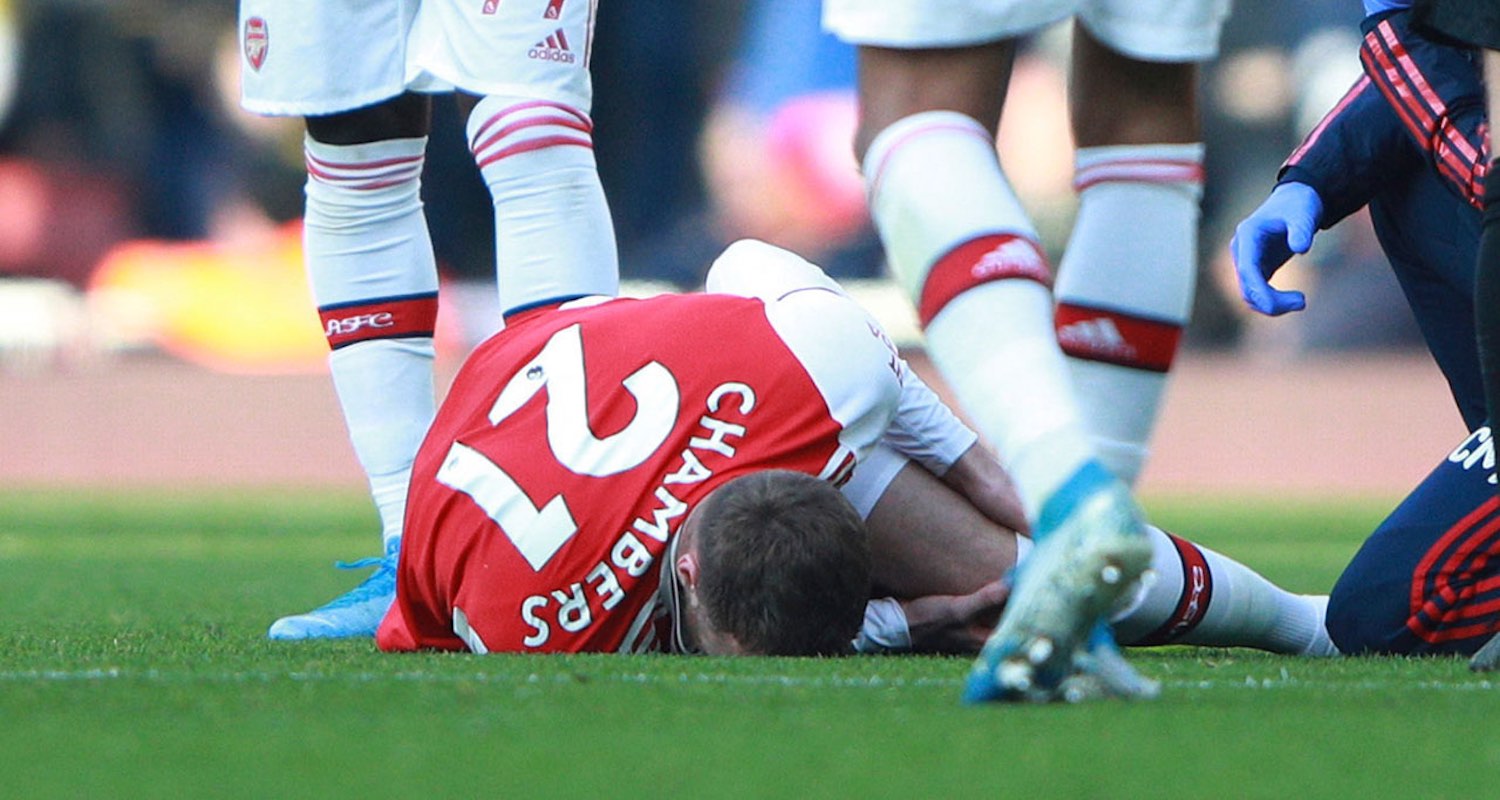 Mikel Arteta met the press yesterday ahead of the FA Cup game against Leeds on Monday night. We can look forward to that a bit more over the weekend, but we did get a few bits and pieces we can go over this morning. First up, the news that Calum Chambers is out for rest of the season after it was confirmed he suffered a rupture of the anterior cruciate ligament in his left knee.

He is the third player to do exactly that in the last 12 months or so. In December 2018 and then in January 2019, Rob Holding and Hector Bellerin respectively both ruptured the ACL in their left knee. Is it just bad luck or is there something else going on that makes that particular knee susceptible to that injury?

Either way, it’s a real blow for Chambers who had done pretty well this season and now faces an extremely tough road back to full fitness. He underwent surgery yesterday, and realistically it’ll be September before he can start to think about playing again. At 24 he obviously has plenty of time on his side, but at a time when a new manager has come in, and there were defensive issues for him to sort out, it’s extremely unlucky to end up sidelined like this.

It’s quite interesting that it wasn’t too long ago that an ACL rupture was potentially a career-ender, but real progress has been made regarding surgery, rehabilitation and the rest. However, when we think about Holding and Bellerin and how they’re still struggling to regain full fitness, we have to reassess the time-frame when a player suffers this injury. The Arsenal announcement on Chambers says, as it did for Holding and Bellerin, “The rehabilitation process is expected to take between six to nine months.”

Realistically though, it’s far longer than that. Holding, for example, was back in full training during the summer. I watched him take part in sessions on the US tour, but here we are 13 months after he did his ACL at Old Trafford, and he’s played just six times, and made only a single Premier League appearance. He hasn’t featured since November 9th. It’s coming up on a full year for Hector, and he’s made 7 appearances in all competitions, but has been sidelined for a month with an ongoing hamstring problem.

It’s normal for players to pick up auxiliary aches and strains after a serious injury, it’s very often part of the recovery process, but each one is a little setback as they try to get back to 100%. There’s the baseline fitness, but finding full power and confidence again takes time, and building match-fitness and sharpness is another part of the process. At the very least that takes another few months, so an ACL injury – at it’s very best – means a player is going to take 12 months to recover fully, and if they do endure other smaller injuries along the way, it delays that.

All you can wish for Chambers is a full recovery within that time-frame, but 2020 is basically a write-off for him, which is a real shame. It also complicates things for Mikel Arteta who I’m sure would have been keen to use him between now and the end of the season. Holding is on his way back, and Sokratis and David Luiz now look like defenders again, but we’re an injury and/or suspension away from having a real problem back there, and we should learn the lesson of last season when it comes to the January window.

We lost three senior players, two of them defenders, to long-term injury and our solution was bring in Denis Suarez – which is a bit like seeing your child come home with a broken leg and giving it a lollipop before telling it to stop crying. There were many other factors, but our dismal January business last season contributed to our failure to finish in the top four, so hopefully those on high will recognise there’s a problem and act accordingly.

We have some bad injuries, like Calum a few days ago. That’s obviously going to change our plans at the back, but the reality at the moment is that we’re not going to be able to do much.

I’m more concerned at the moment about getting people back from injuries than I am the signings. I want to improve the players I have here, get everybody on board and understanding what we’re trying to do. If something extra comes up and we think it’s the right opportunity to improve what we have, let’s do it.

It’s very Arsene that, and he is right to focus on the players that he’s got rather than ones we don’t, but having come into a club in an already horribly difficult situation, the Chambers injury makes it even more so. A new manager needs support from the people running the club, they’re the ones who can make transfers happen, and they have to do it this month. Sell or loan Mustafi somewhere (with an obligation to buy OR ELSE) and use that income to bring in a defender.

I suppose the flip-side of that is understanding the January window isn’t ideal for bringing in the players you really want, so if we have to wait until summer we might need to keep our powder dry, so to speak. However, it does feel like it would be remiss of us not to do something this month because this is definitely a squad that needs improvement, and if we want Arteta to produce results week in, week out in the Premier League, Europa League and FA Cup (for now), we can’t ignore the market. Let’s see what happens.

For some extra reading this morning, check out some tactical analysis of what Mikel Arteta is doing with his team from Lewis Ambrose, while Tim’s column this week touches on the vibe the new manager has brought in his short time in charge thus far.

Right, I’ll leave you with a brand new Arsecast, chatting about the 2-0 win over Man Utd, Mikel Arteta’s impact, and lots more. Listen/subscribe below.